HGTV personality Sherry Holmes, of Holmes Makes it Right, joined girls in grades seven to 10 at the Waterloo campus on March 8 for the first of Conestoga’s three Trades and Technology (TNT) Days. 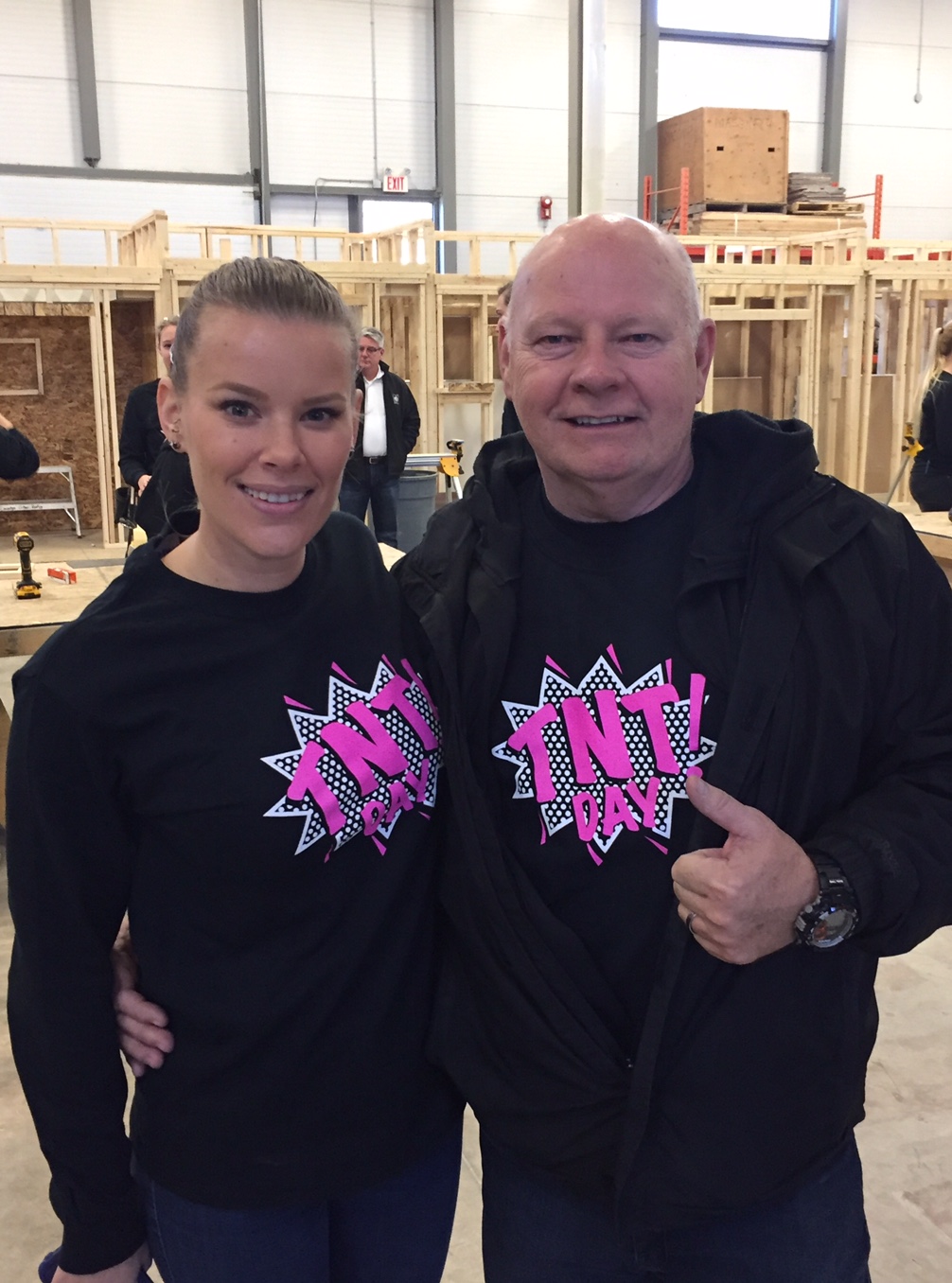 Contractors Sherry Holmes and Bill Holmes attended TNT Day at Conestoga's Waterloo campus on March 8. Students were introduced to the skilled trades through their participation in carpentry and welding workshops.

Hosted in partnership with the School College Work Initiative, TNT Days deliver hands-on activities related to different careers in the construction, industrial, motive power, engineering and architectural industries. Female students have the opportunity to learn and work in a college shop setting which provides exposure to the trades and promotes better-informed academic pathway and career decisions.

“This is an amazing day,” said Holmes during her address to the students. “I wish I had an opportunity to try the trades when I was in school.”

Holmes told the girls she didn’t expect to enter the trades, but fell into it when she offered to join her dad, professional contractor Mike Holmes, on a trip to New Orleans in 2008 to help rebuild homes following Hurricane Katrina.

“I was the only girl on the job, the hours were long, the heat was really bad and I barely knew how to use a drill, but it was one of the best experiences of my life,” Holmes shared. “I haven’t looked back. My job has taken a lot of hard work, but it’s been amazingly satisfying.”

During the morning, Holmes joined the girls who participated in hands-on carpentry and welding workshops that were delivered by students in Conestoga’s Women in Skilled Trades (WIST) program and college faculty.

In addition to Holmes, students also received mentorship from April Brown, Adam Cannell, Jason Costa and Sean Toyota of Freshco who participated in the workshops. Freshco is a unique, trend-setting retail construction company that provides 24/7 on-call retail maintenance for high-end international brands such as Nike, Apple and Lululemon. Last December, Freshco entered into a partnership with Conestoga to provide financial support and mentorship to the college’s WIST students.

Conestoga will host two other TNT Days throughout the spring. On March 9, the Cambridge campus will host electrical energy and architecture workshops, and a motive power workshop is scheduled for the Guelph campus on May 8.

The School of Trades & Apprenticeship delivers a comprehensive array of skilled trades programs through campuses and training centres in Kitchener, Cambridge, Waterloo, Guelph and Ingersoll. For more information, visit the School website