Keith Muller, Conestoga’s chair of Hospitality and Culinary Arts, was invited to present a workshop on Canadian wines at the prestigious Institut Paul Bocuse in Lyon, France on February 24. 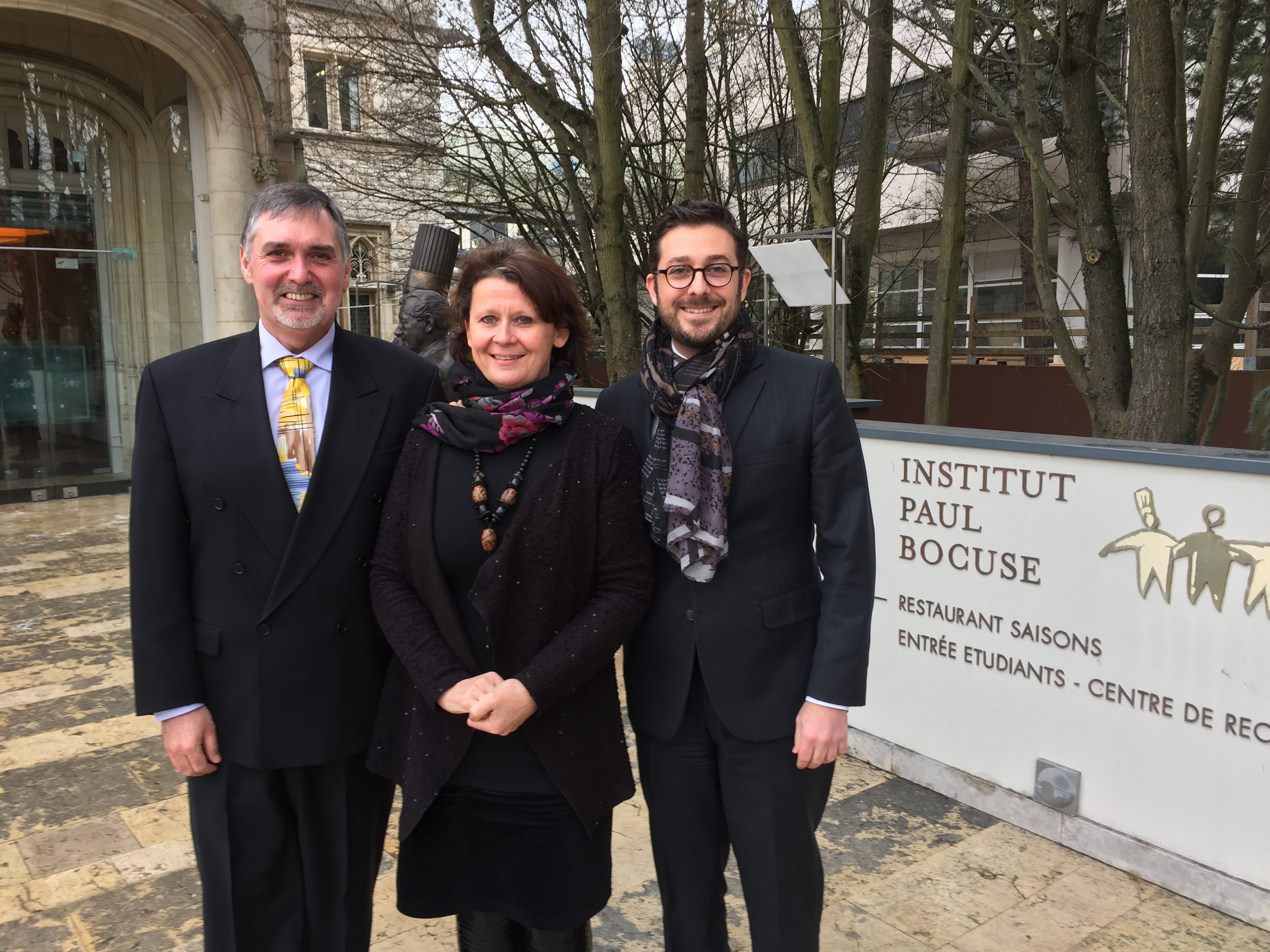 Conestoga's Keith Müller, pictured with directors from Institut Paul Bocuse in France, delivered a workshop to students in the Institut's Wine and Beverage Management master’s degree program on February 24.

Established in 1990, the Institut is France’s leading culinary and hospitality educator offering a selection of diploma and degree programs. In 2008, the Institut expanded its expertise to include research and innovation, establishing its own Food & Hospitality Research Centre with a Living Lab restaurant. In addition to degree programs, the Institut also provides continuing education to teachers and professionals.

For his workshop, Müller presented a selection of 12 Canadian wines that showcase the best of what the country has to offer. Students of the Institut's Wine and Beverage Management master’s degree program tasted and evaluated diverse wines such as a cabernet sauvignon from British Columbia’s Nk’Mip Cellars - the first Aboriginal-owned winery in North America - a sparkling wine from Nova Scotia and an apple ice wine from Quebec.

“The students were so engaged and really surprised by the selection,” said Müller. “I think it’s easy to forget that some of Canada’s wine-producing regions have the same latitude as Europe’s wine regions. Even the sparkling wine from Nova Scotia was an interesting talking point - the province sits at the same latitude as the champagne region."

Müller worked with the sommelier at Conestoga’s School of Hospitality and Culinary Arts to develop the selection of wines showcased; aside from Manitoba and Saskatchewan, the tasting represented wine from every Canadian province.

The college also offers fun and educational dinners through Part-time Studies that include discussions led by a sommelier around the various components of wines and food.