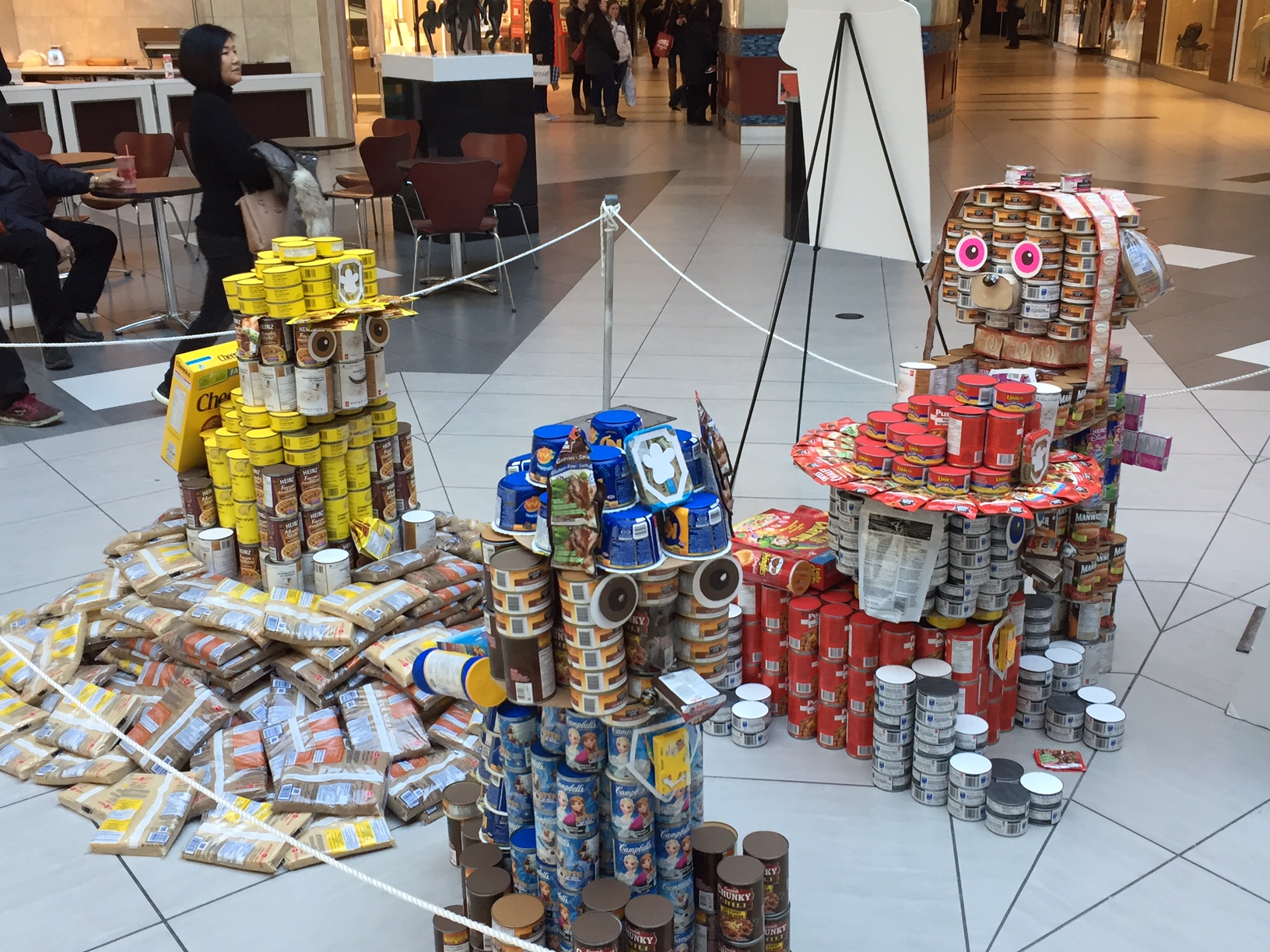 Faculty member Jim Gerrard and students in the Architecture - Construction Engineering Technology program have participated in Canstruction since its inception in 2008. This year the team built a display using a Paw Patrol theme. All canned goods and donations made in support of the display will be directed to the Food Bank of Waterloo Region.

Canstruction, which celebrates its tenth anniversary this year, is a unique, international event that raises funds, food and awareness for food banks. Participating teams to use their engineering, design and architectural skills to build structures made entirely from non-perishable foods.

Since 2008, Waterloo Region’s Canstruction has raised food and funds to provide more than 600,000 meals; Gerrard has led every Conestoga team since the event launched and his efforts were recently recognized by CTV

“This is a really great way to give back to the community,” said Gerrard when asked what’s motivated his involvement over the last decade. “It’s also a lot of fun to see what you can build with cans.”

This year he worked with a team of 30 ACET students drawn from the first, second and third-year of the program. Students have volunteered their time weekly since January to brainstorm ideas and work out the logistics of the design.

“We want the structure to appeal to young kids and it should also be easily recognizable,” explained Gerrard who said the team started out with about 40 ideas. “Some of my favourites over the years have been our crown design, the Veggie Tales theme and a large-scale dime we constructed.”

Over the last decade, Gerrard’s teams have won multiple awards for structural integrity and have also been recognized with a Juror’s Award, People’s Choice Award and an Honourable Mention. Other structures have included a large-scale model of the earth, a Godzilla display and one built using a Minion theme.

To build each structure, teams must fundraise and purchase the foods they will use. Thanks to student fundraising and the support of corporate sponsors, the Conestoga team raised close to $5,000 and purchased nearly 2,000 food items that included canned soup, corn, sugar, stew, cereal and beans. Corporate sponsors included:

Conestoga was one of 15 teams to participate in Canstruction this year and each team structure will be on display at Conestoga Mall until March 19 when they will be dismantled; all food will be donated to the Food Bank to help the one in 20 households in the region that require support. The public is invited to visit the displays in person or online and vote for their favourite structure with a donation that will be directed to the Food Bank. The team that raises the most will be awarded the People’s Choice Award.

"We hope people will come out to see our work and support it with a donation," said Gerrard. "It would be great to collect another award this year."