An article in the Winter 2016 edition of Trades Today, published by the Ontario College of Trades, profiled Brandi Ferenc - a Conestoga graduate who completed the Women in Skilled Trades pre-apprenticeship program in Carpentry. The full article appears below. 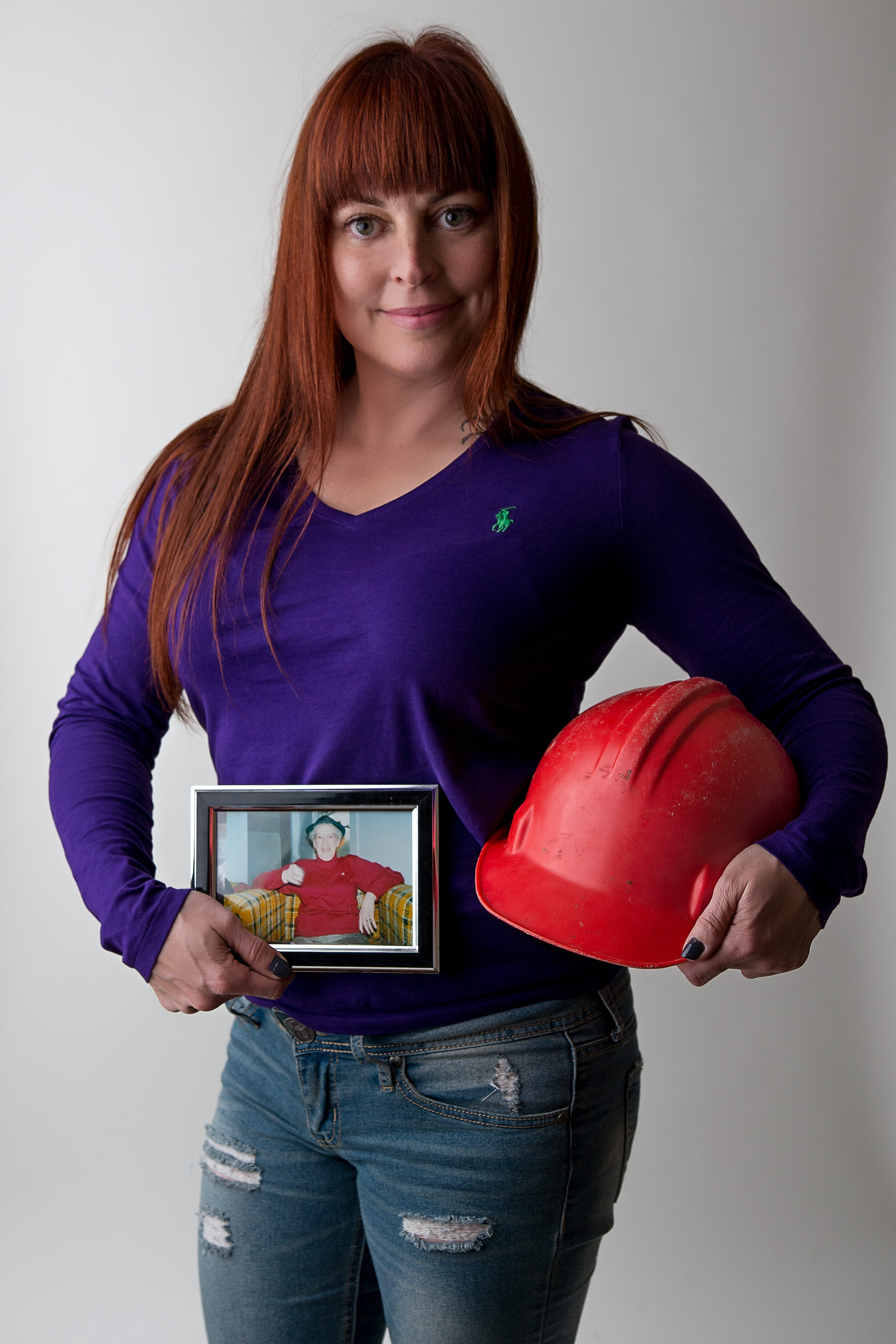 Trades Talks with Brandi Ferenc: Jill of all Trades

In Ontario, there are 9,637 total registered journeypersons in the refrigeration and air conditioning systems mechanic trade (313A) and of that, only 42 are female. Brandi Ferenc is one of them.

Trades Today: Can you tell us a bit about yourself, where you’re from and how you first started working in the trades?

Brandi Ferenc: I’m from Windsor and I started on the tools after a pre-apprentice carpentry program at Conestoga College, which was part of WIST (Women in Skilled Trades) program.

TT: Did you start your career as a 313A or were you doing something else prior to entering the trades?

BF: At the age of 30, the skilled trades were a second career for me. I did residential renovations while obtaining a gas fitter 3 licence at night, which lead to a plumbing apprenticeship. After doing well in the gas fitter 2 course, I went on to place third at the Skills Canada competition for gas fitting. This led to an interview at Johnson Controls and I was offered a 313A apprenticeship. After that, I also obtained my gas fitter 1 licence and I went on to complete my apprenticeship. In March of 2013, I wrote and passed my Certificate of Qualification on the first try.

TT: What are some of the major barriers for women entering your trade?

BF: A major barrier to the 313A is lack of information about the trade itself. In addition, it is difficult to get your foot in the door for an apprenticeship.

TT: How can we reduce barriers for women entering the trades?

BF: Educating young women in grades 7 and 8 and high school about how diverse and exciting the 313A mechanic industry is, would make a big difference. For the past two years, I have participated in the "Jill of all Trades" event hosted at Conestoga College and this year we saw almost 200 young women attend the event and explore the trades. We answer questions and explain some of the advantages of choosing a skilled trade, such as pay equity, pensions and benefits, which will provide independence and stability.

TT: What made you want to work in the refrigeration and air conditioning systems trade?

BF: My dad, who is an electrician, suggested it—now I fill the refrigeration and air conditioning systems mechanic slot on the ‘family trades tree.’

TT: How did you end up in the position you are today—at one of the largest global mechanical contracting businesses?

BF: I found my job at Johnson Controls through hard work, a little luck and a recommendation from a recruiter. I was a third-year plumbing apprentice at the time and was hesitant to start all over again in a new trade, but my foreman reminded me that a few extra years was a small price to pay to have the career I always wanted.

TT: Besides your father, did you know many people who worked in the trades before you decided that this is the career path for you?

BF: Basically everyone I knew for most of my life was in a trade. I grew up in a blue collar family, my grandfather started as a carpenter.

TT: What kind of actions or decisions had the biggest impact on your career?

BF: The first game changer was going to night classes to get my gas fitter 3 licence. Ultimately, that was why I was signed up for my first apprenticeship in plumbing. After that I consistently moved forward when opportunities presented themselves.

TT: Do you have mentors and personal heroes?

BF: I come from a long line of hard working women so my mom and nanny are at the top of my list. In fact, my nanny was one of two women that worked on the production line at Windsor Salt and although it wasn’t considered a trade, it was not a job for a woman at that time. I still have her hard hat.

TT: How familiar are you with the Ontario College of Trades (College)?

BF: The College is our governing body. They issue Certificates of Qualification and maintain a public register of members. It's important because it keeps the skilled trades skilled—if someone is hiring a skilled tradesperson they can be confident knowing that the individual is qualified.

TT: What is your favourite thing about what you do?

BF: I'm constantly learning and technology is taking the industry to a new level. I love tearing apart a machine that is larger than life and putting it back to together and then having the satisfaction of watching it run.

TT: What kind of advice would you give to young people wanting to get into the skilled trades today?

BF: I would encourage young people to explore and research all of their options. Ask questions and never be afraid to make mistakes. Life is amazing and hopefully long so it’s important to enjoy your career.