On January 31, the Conestoga student chapter of the Canadian Information Processing Society (CIPS) held its first event at the Doon campus -- a Speed Networking Night to connect 60 IT students with nearly 20 employers and IT professionals throughout the region. 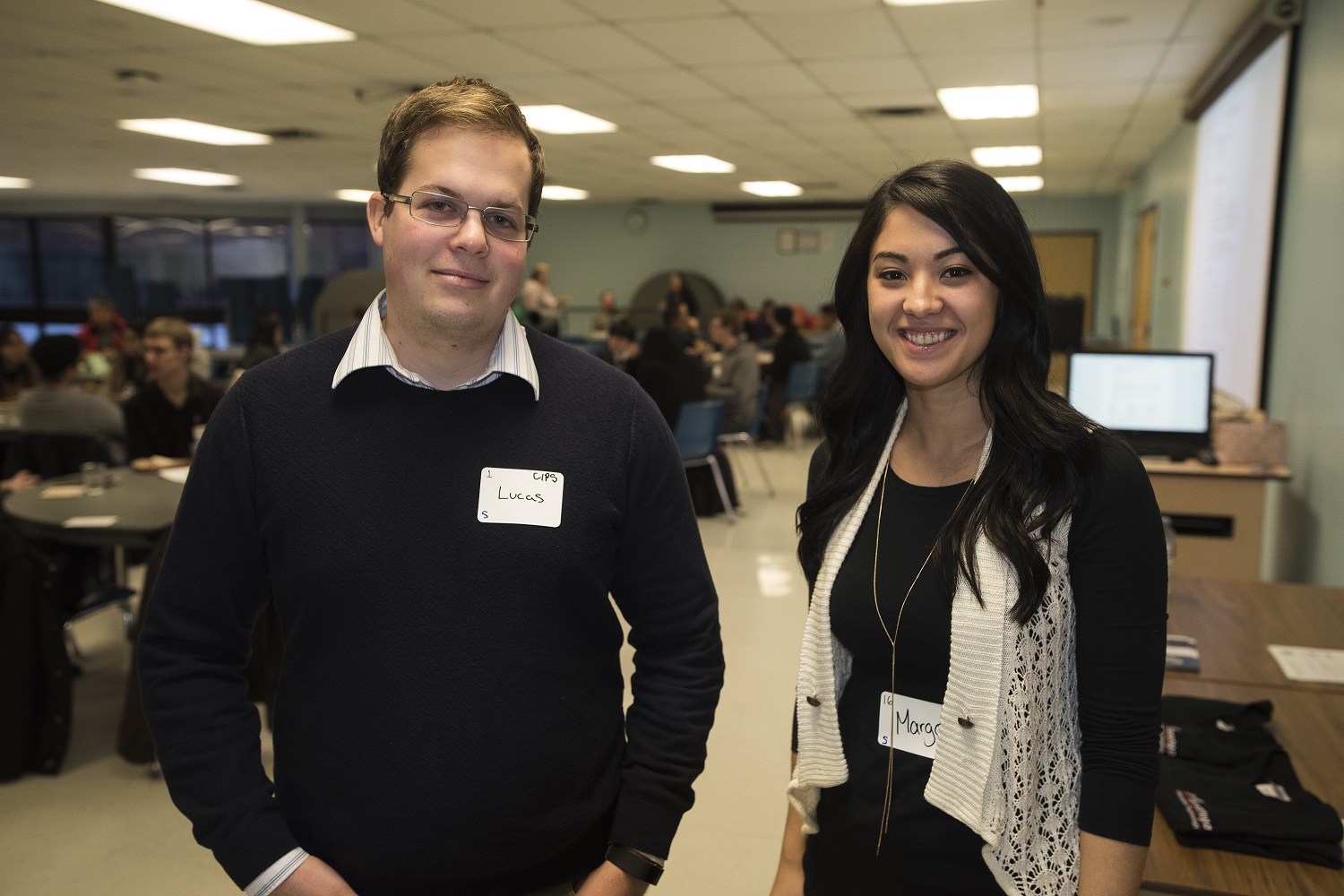 CIPS is a national non-profit organization that serves as the professional association for Information Technology practitioners in Canada. Founded in 1958, CIPS is focused on IT excellence through its work on public policy, setting standards within the profession and providing IT support to its community. It has also instituted a Code of Ethics and Standards of Conduct for its members and coordinates educational conferences and networking opportunities.

Lucas Kaastra and Margaret Tavares, both Conestoga Computer Programmer/Analyst students, serve on the executive board of the college’s CIPS chapter and spearheaded the planning and coordination of the Speed Networking Night. Students in attendance were grouped in teams of four and given the chance to circulate and talk with each guest employer and IT professional.

“We had a lot of great feedback about the event,” said Kaastra. “Students liked that they could sit down with every employer and have a conversation. You don’t always have that opportunity at career fairs.”

Conestoga’s CIPS student chapter was established during the Fall 2016 term thanks to interest from both students and faculty and Kaastra has been working with Tavares since November to plan the event. Tavares said the networking night gave participants a chance to see what employers are looking for, as well as a chance to connect with their peers.

“First year students told us they were really happy to attend,” explained Tavares. “It gave them a chance to meet second and third year students who they can look to for mentorship, but it also gave them an opportunity to interact with employers to gain industry insights and understand what skills they look for.”

Tavares can also speak to the success of the event; she secured a co-op placement as a result of her involvement with it.

Conestoga’s CIPS chapter will make the networking night an annual activity and has already set the 2018 event date for January 30.

“I was impressed to see the number of students and employers that got involved,” said faculty advisor Liz Stacey. “We’ve received great feedback. Everyone said they enjoyed the event and participants have already told us they’ll attend next year. This has been a great start for our student chapter of CIPS.”

The chapter also plans to organize workshops where students can work in open labs to practise coding skills and learn from peer mentoring. The chapter welcomes all students from the School of Engineering and IT, who have a focus on IT, and who wish to pursue networking opportunities, certification and accreditation in addition to their degree or diploma.