Conestoga faculty member Jean Filion was among the winners of the 2015 inaugural WORLDiscoveries Vanguard Awards. He received a $100,000 cash award to support a project he is developing that is fielded in a series of Arctic explorations. 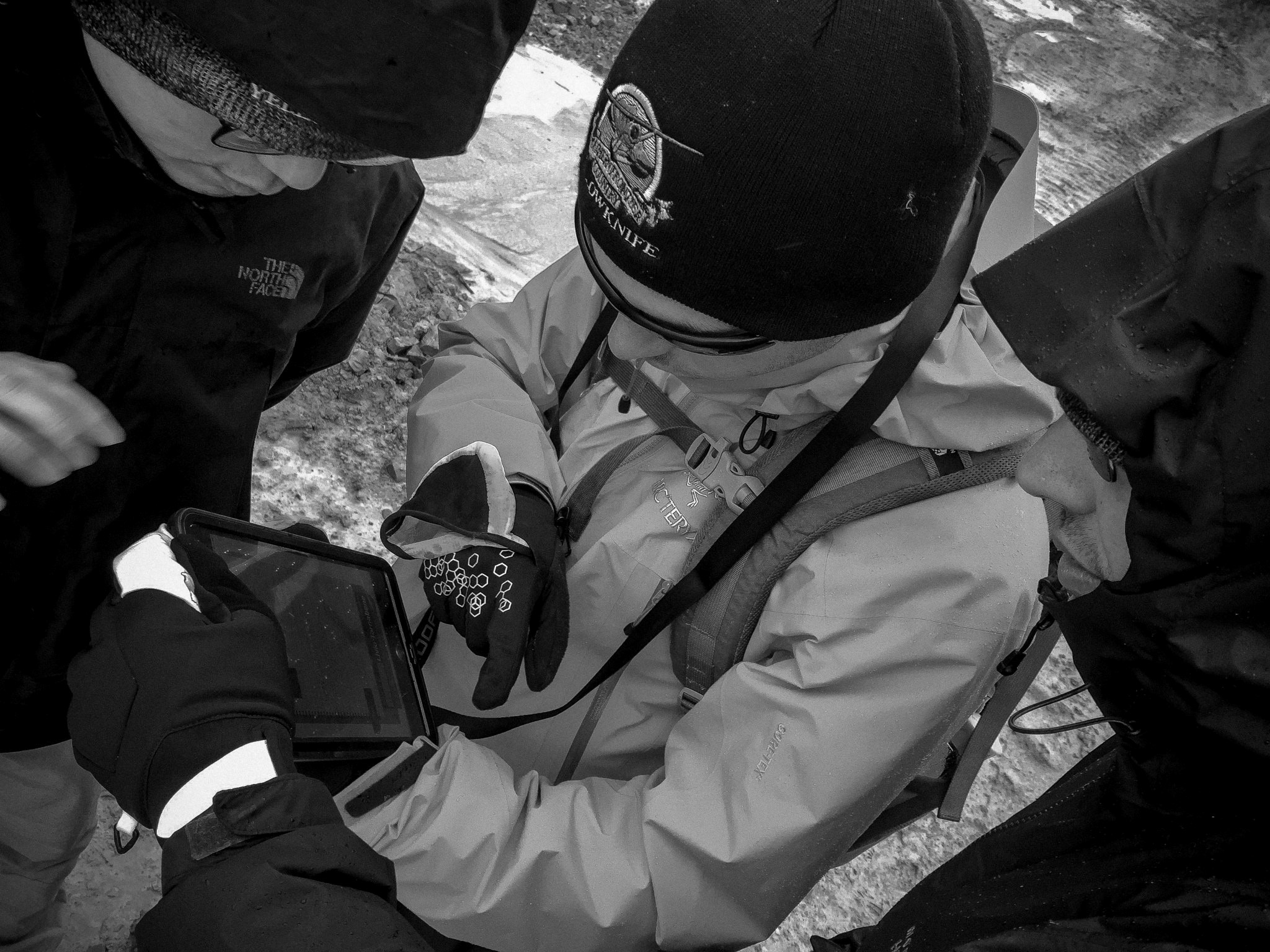 WORLDiscoveries, based in London, Ontario, is a partnership between Western University, Robarts Research Institute and Lawson Health Research Institute. It helps local researchers and inventors commercialize their discoveries by lending business development expertise and negotiating licensing deals with industrial partners.

Filion teaches in Conestoga’s Mobile Solutions Development graduate certificate program and is currently completing a PhD at Western University. He will use the award to extend work on a research project he began in 2012. The project involves the development of a software application that assists scientists to collect and share data from the field.

“As far as we can tell, there isn’t a good system in place for the collection of information about field samples like rocks, water samples or biomatter,” explained Filion. “Researchers come back to their labs with notes and sketches they have taken with a pen and paper, but those notes aren’t linked to the actual sample, can be easily lost, and aren’t accessible to other scientists.”

Filion’s software application consists of a tablet that communicates via Bluetooth with external devices to allow the tagging of geological samples with an implanted chip. Data on each chip is stored to the cloud, making it globally available.

Conestoga faculty member Dr. David Allison has supported the project by providing database and security expertise. A group of five Conestoga Software Engineering Technology co-op students have also worked with Filion since September 2015 to design and provide coding for additional features on the software application. Their work will be implemented by May 2016, in time for the next deployment of Filion’s application to the Haughton impact crater in Nunavut.

The prototype was previously deployed on four scientific expeditions fielded by the Centre for Planetary Science and Exploration. They include the Sudbury Basin in 2013, the Slate Islands and Clearwater Lakes in 2014 and, more recently, to the Tunnunik impact structure in the Canadian Arctic.

During these expeditions the application was used for data gathering, analysis and information sharing by field scientists and lab crews. The first collection of academic publications based on the data collected by the system is expected to be available by the summer of 2016.

“What we’re working on could be revolutionary,” said Filion. “Making raw data instantly accessible to all researchers sets the stage for better science.”

After deployment to the Haughton impact crater this summer, Filion’s application will be deployed on other Canadian scientific expeditions, with eventual release to the scientific community, industry and the general public.