Holly Walter, a graduating Business diploma student, was selected winner of the 2015 James W. Church award. The award was established in 1977 in honour of the late James W. Church, founding President of Conestoga, and recognizes a student who demonstrates excellence in academic achievement, concern for the dignity of individuals and a personal contribution of benefit to society. 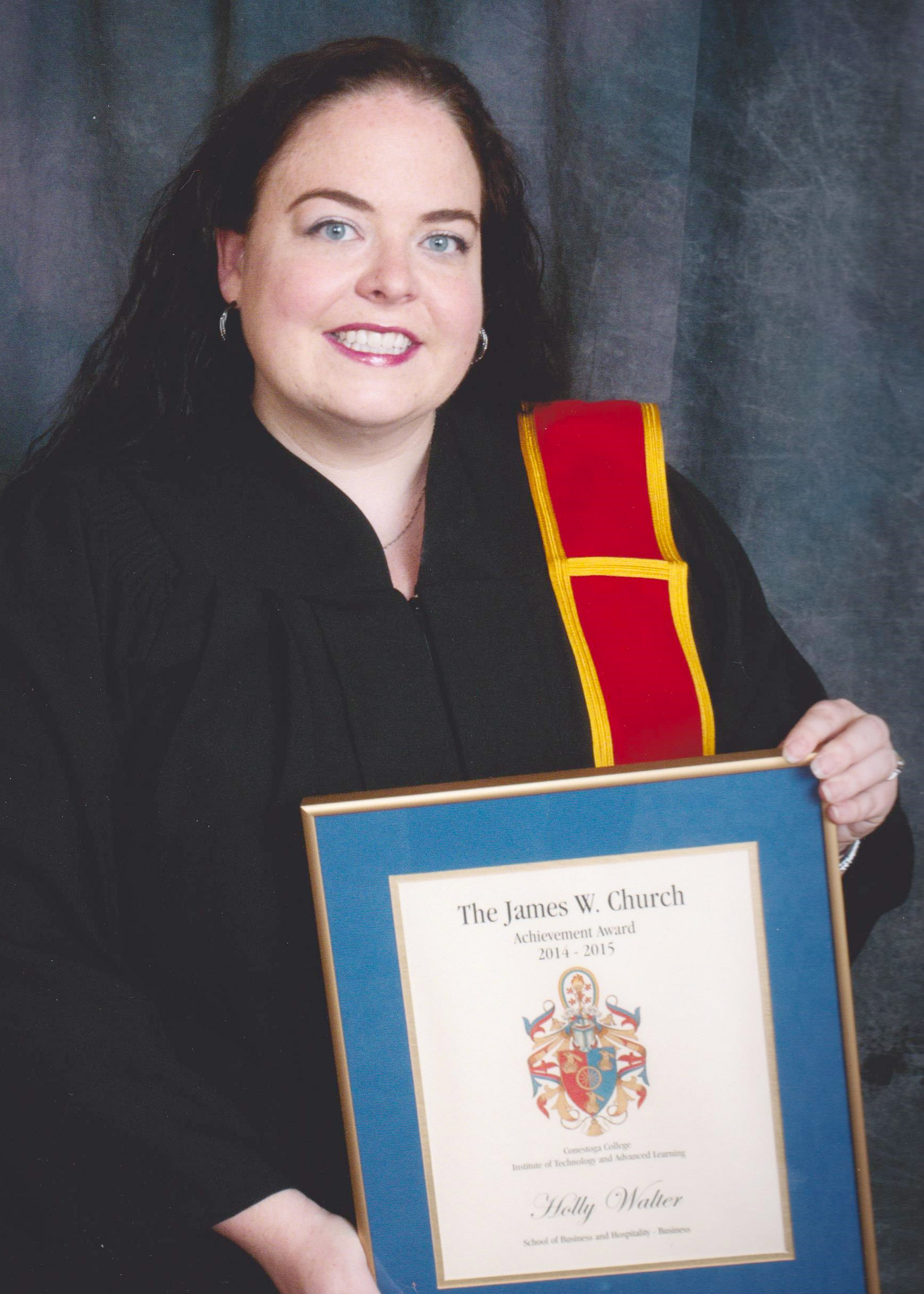 “When I first found out I had been named I was really shocked and excited,” said Walter. “It was a great honour to be presented with the award.” Winners of the presitgious James W. Church award receive a framed Conestoga Coat of Arms and an award in the amount of $1,000.

Walter has contributed to her community by creating a legacy in memory of her husband, Ray, a volunteer firefighter who was killed in the line of duty in 2011. Each year she organizes the Ray Walter Memorial Pool Tournament, which raises funds to support community causes, including KIN Canada and the North Perth Community Hospice.

“Some of the money we’ve raised for KIN has been put towards a local park. The baseball diamonds have been updated and a walking path has been put in,” explained Walter. Thanks to her fundraising, $10,000 was directed to the park upgrades. She is also happy to support the hospice which relies heavily on donations to cover operating expenses.

Walter earned an overall grade point average of 3.97 out of 4 -- the highest grade of any graduating student in the program. In addition to her academic achievements, Walter served as a mentor and tutor for her classmates and assumed a leadership role both in the classroom and in team projects.

“I try to take the attitude that if everyone is just a little nicer, and helps out when they can, that the impact on society and being able to make a positive difference will be substantial,” said Walter.

Walter is continuing her studies at Conestoga and is currently completing the Project Management graduate certificate program.