A group of nine alumni, representing a variety of backgrounds and a wide range of professional fields, were presented with Alumni of Distinction awards at a ceremony on November 4 at the Waterloo Region Museum. 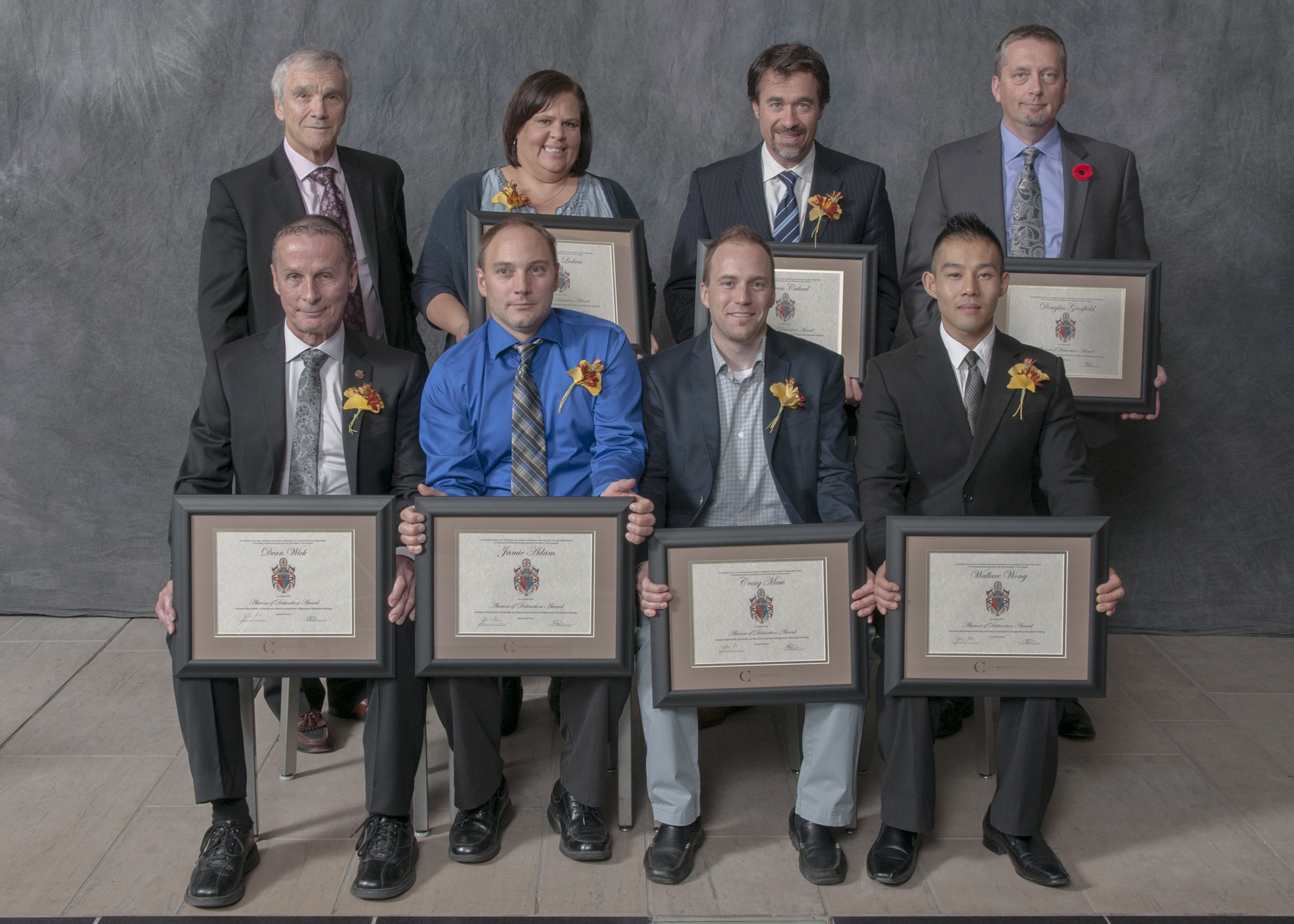 Nine Conestoga alumni were presented with the Alumni of Distinction Award at a ceremony on November 4 at the Waterloo Region Museum. The award is Conestoga’s highest recognition of outstanding graduates and honours the career and community achievements of the most accomplished alumni.

The alumni join a group of almost 200 graduates that have been recognized with the award since it was established in 1997. The award is Conestoga’s highest recognition of outstanding graduates and honours the career and community achievements of the most accomplished alumni.

“I’m incredibly humbled to be here with the other graduates,” said Dean Wick upon acceptance of his award. Wick, a 1984 Conestoga Ambulance and Emergency Care graduate, is an advanced care paramedic for Waterloo and Wellington regions and a volunteer firefighter in Minto township. Wick has also worked as an instructor in Conestoga’s Primary and Advanced Care Paramedic programs since 1998.

His contribution to the region was evident when he shared a personal story: “Not too long ago, a number of other paramedics and I were waiting for an off-load delay to clear at the hospital. I looked at them as we waited in the hallway and realized I taught eight of the nine paramedics there.”

Like Wick, the other Alumni of Distinction award recipients have achieved professional success and continue to make significant contributions to their community through volunteerism and support of local charities.

In addition to the Alumni of Distinction awards, recipients of the Welcome Home Award and the Alumni School Award were also recognized.

The Welcome Home Award assists 20 first-year students who have a parent or guardian that graduated from Conestoga. The Alumni School Awards are presented to outstanding students entering their final year at Conestoga who achieved an 80 per cent average, are in good academic standing and have demonstrated an outstanding commitment to community involvement and leadership.

More than 110,000 Conestoga graduates contribute to the growth and prosperity of the region. Visit the Alumni  website for more information.