On October 7, the Roofing Skills and Training Centre at Conestoga's Waterloo campus hosted the SPEC MIX Bricklayer 500 - an annual industry competition held in 20 regions throughout Canada and the U.S. Conestoga was just one of three Canadian locations to host. 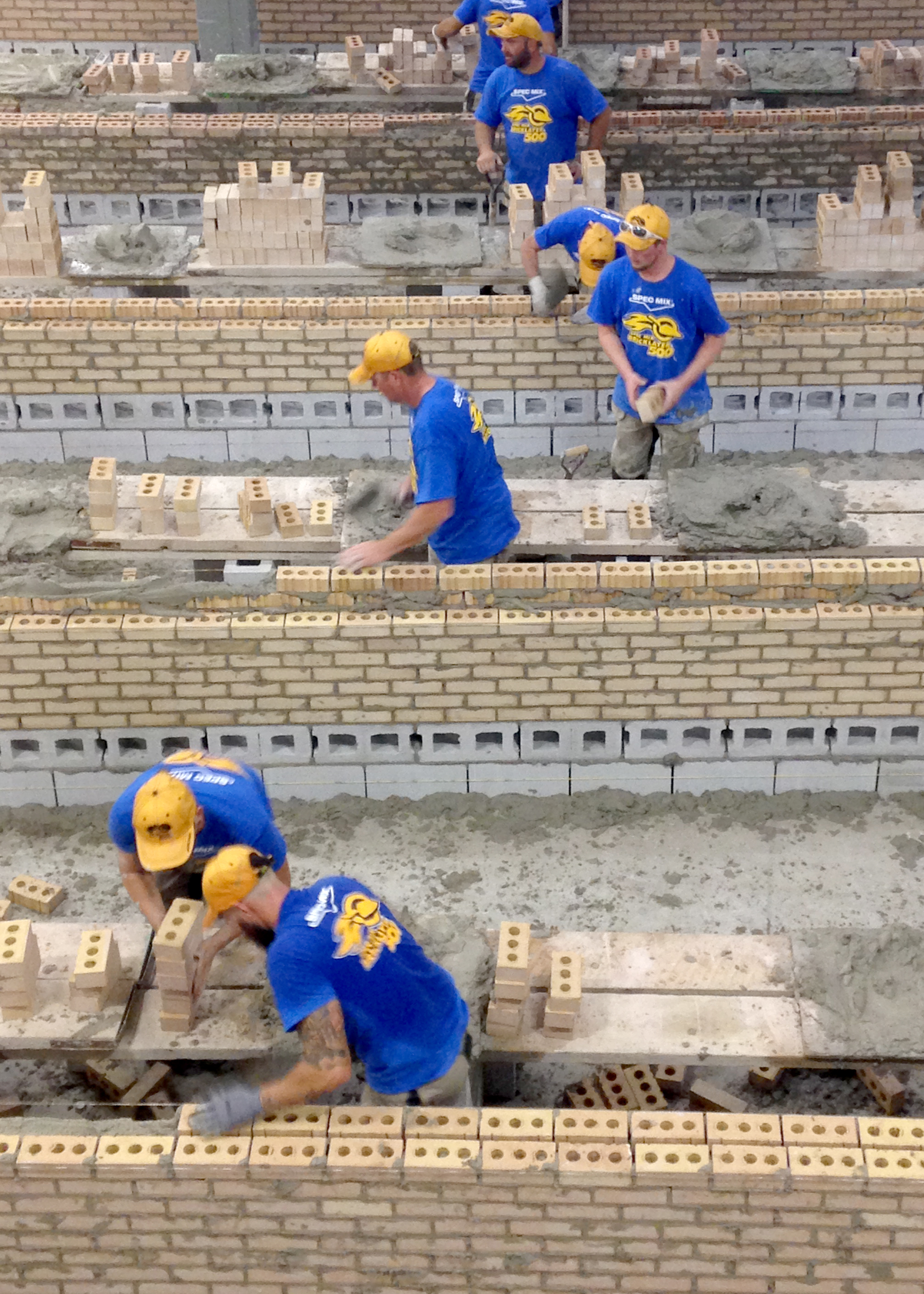 Eighteen teams competed in the challenge, which requires competitors to build a 26 ft. wall. Each team of two includes a bricklayer and a mason tender. The win goes to the team able to lay the most bricks in one hour, but the brick count drops if judges spot poor workmanship. Winners from each regional competition move on to the world championship in Las Vegas next February.

"The event helps the college by promoting the trades and keeping the ties in this industry strong," said faculty member Rene Letoile. "It also helps our students network and meet possible employers while they get a chance to experience the fast-paced work they will do some day." This was Conestoga's eighth year hosting the competition.

Masonry students assisted with the set up and mixed mortar for the competitors. Two students also stepped in to take the place of one team that dropped out the challenge, giving them a chance to experience the pressures of a professional competition. The first place winner laid 618 bricks, just 18 more than the second place finisher.

While judging for the event was underway, a special ceremony was held for licensed masons who attended Conestoga this year for Level 3 apprenticeship training. Each apprentice was presented with a Conestoga branded jacket made available by the Canadian Concrete Masonry Producers Association.