Students in Conestoga's Culinary and Hospitality programs volunteered their time to support the 34th annual Oktoberfest Family Breakfast on Saturday, October 10. The free community event was hosted by the Rogers Kitchener Radio Group and raised donations of food and money for the Food Bank of Waterloo Region. 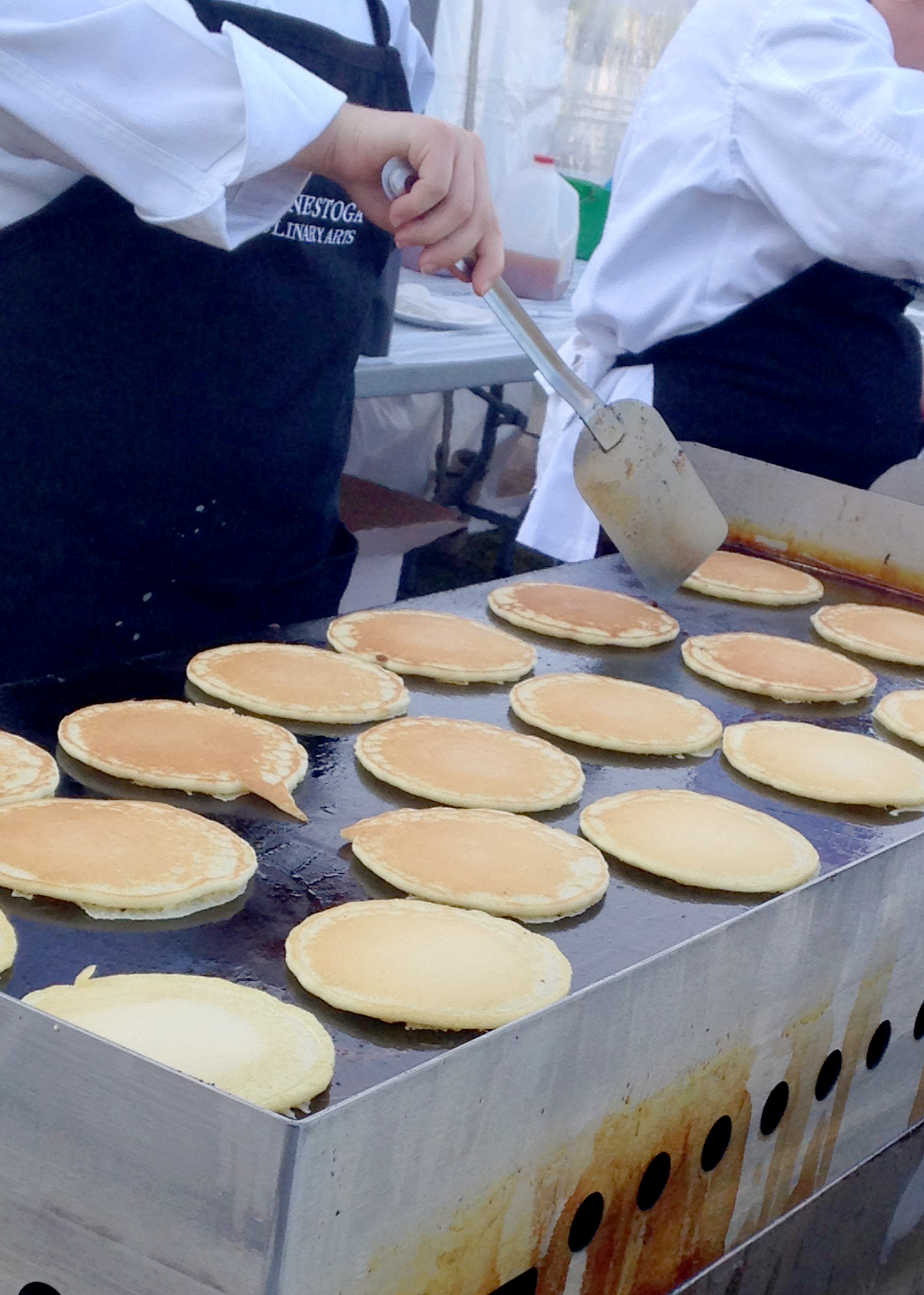 Although usually held in Uptown Waterloo, the event was moved to the Kool Haus tent at Bingemans Conference Centre this year due to road construction. Culinary students arrived on site at 3:30 a.m. to begin set up of their outdoor kitchen under the guidance of faculty member Chef Philippe Saraiva. Students were responsible for preparing pancakes that would be served by local media personalities from CHYM FM, 570 News and Country 106.7.

"When this event first started there were about 1,000 people attending," said Saraiva who has participated in the family breakfast for the last 17 years. "The most we have served is about 8,000 people. With two pancakes per person, that means preparing 16,000 pancakes. We hope to do more this year, but with the change in location we can't be certain if the numbers will be as high."

First year Culinary Management student Neil Dubois was part of the team of students and didn't let those numbers or the uncertainties of setting up in a new location scare him off. "Despite the early morning, this has been a lot of fun. We have a lot of work to do, but everyone on the team is really helpful and everyone is energetic." Dubois was one of a few students preparing batter. Others greased the grills, some picked up and dropped off pancakes and the rest worked as pancake flippers.

Pancake service to the public started at 7:30 a.m. and within 90 minutes the team had already prepared more than 4,000 pancakes. A group of 12 Hospitality students also participated in the event and provided service to guests in the VIP lounge.