Conestoga’s Engineering Society (CES) has been selected to host the 2016 annual general meeting of the Engineering Student Societies’ Council of Ontario (ESSCO). Conestoga will be the first college to host the event since ESSCO formed in 1987. 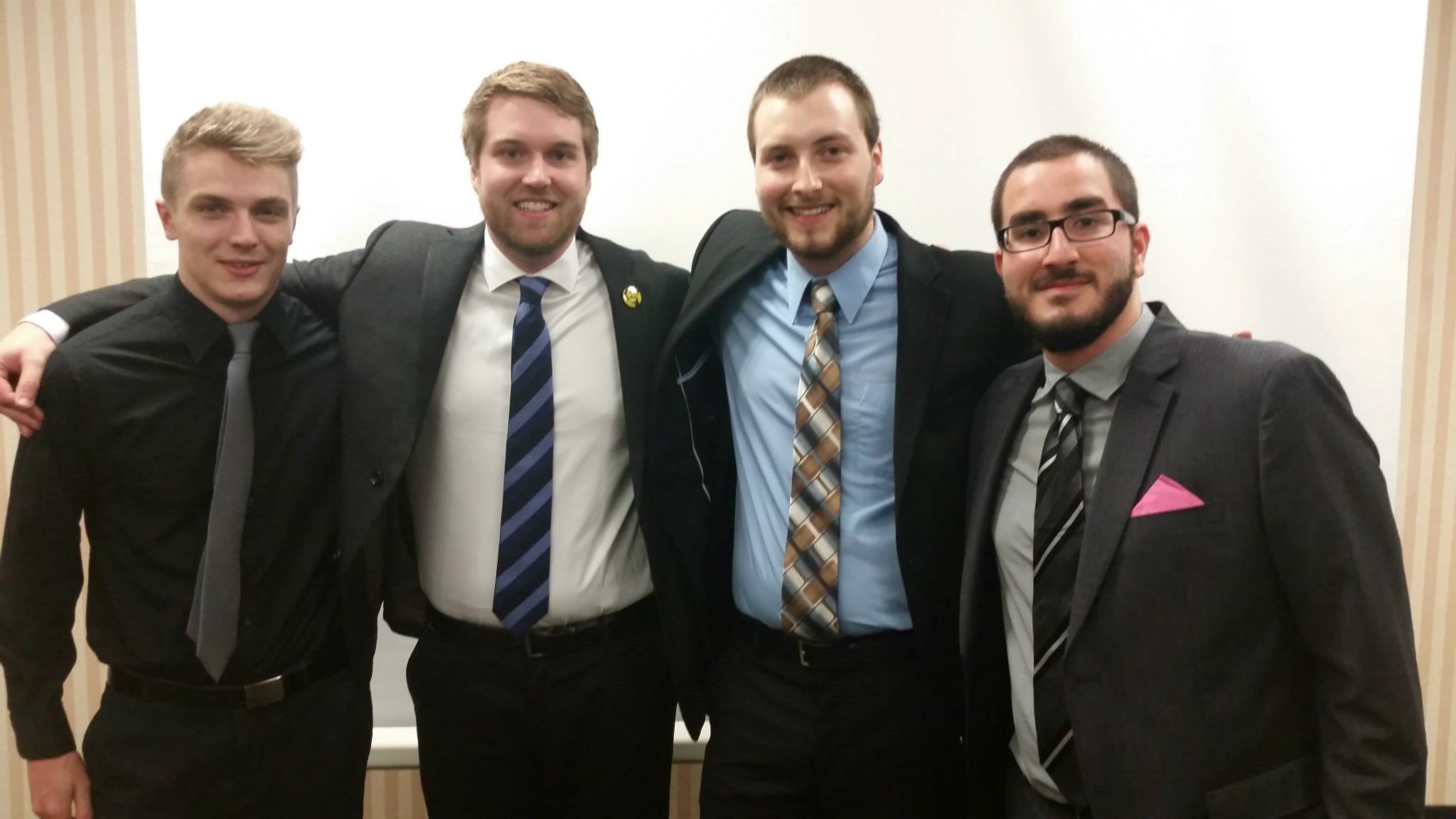 ESSCO is a student-run organization that facilitates communication between 16 engineering societies throughout Ontario. Representing about 24,000 students from post-secondary institutions, the Council's members exchange best practices and participate in professional development and leadership opportunities. All members of ESSCO must represent undergraduate students in an engineering program accredited by the Canadian Engineering Accreditation Board. Conestoga joined ESSCO during the 2010-2011 school year and is currently the only college in the province eligible to be a member.

At ESSCO’s last AGM, held May 28 through 31 at the University of Windsor, Conestoga received a nomination and won the majority of votes declaring it the host of the 2016 meeting. Elections for ESSCO’s executive were also held in Windsor. Zachary Muma, a third-year Engineering student recently elected as the incoming president of CES, was appointed as ESSCO’s vice president of finance and administration, a position previously held by Conestoga Engineering grad Greg Burns. Muma assumed his ESSCO position July 1 and begins his term as president of CES this September.

“Conestoga is fast becoming known as a small school that does a lot,” said Muma in a recent interview. He also noted these recent achievements at the provincial level are significant for an engineering school that is both young and small in size. In 2010, Conestoga was the first college in Ontario (and the second Institute of Technology in Canada) to have an accredited engineering degree program. The college now offers two accredited engineering degree programs.

In addition to his appointment to the ESSCO executive, Muma also presented an information session to ESSCO’s AGM delegates. Burns presented a seminar on inclusivity.

Conestoga will host ESSCO’s 2016 AGM May 26 through 29 at the Cambridge campus. Delegates representing universities from all regions of the province will attend, with accommodation provided through Conestoga’s residence.

For more information on Conestoga’s Engineering Society, visit its website.