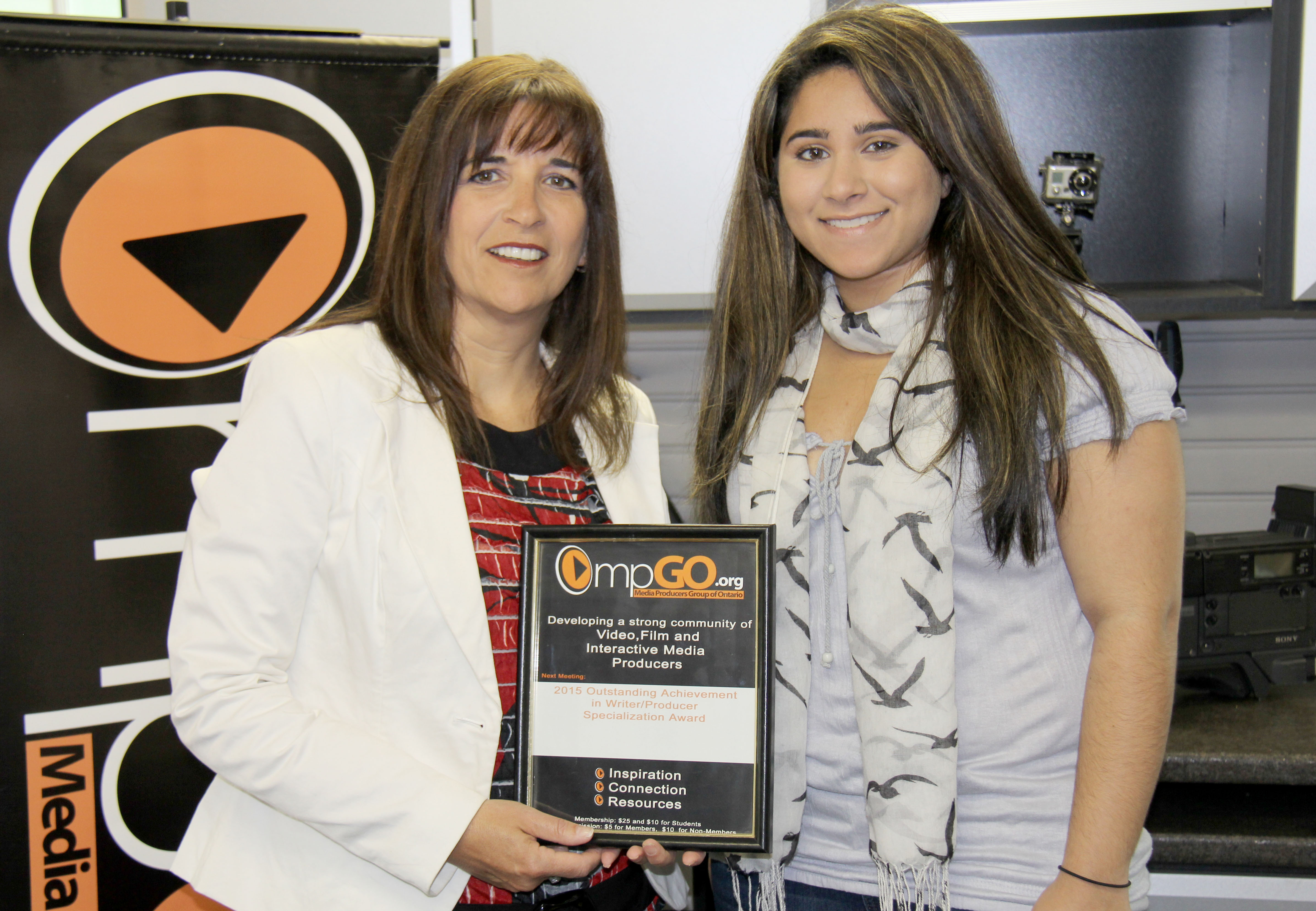 “The jury chose Noreen for this year’s award because she demonstrated superior organizational skills, has a knack for coming up with creative ideas to produce original content for television, and shows a passion and dedication to the industry,” said professor Rachelle Cooper, who teaches the Writer-Producer Specialization course at Conestoga.

In addition to winning the award, Rajani was recently hired by The Sports Network after completing an internship for the network.

Conestoga's Broadcast Television program provides students with exposure to all elements of the broadcasting profession including production, reporting, shooting, editing and interviewing. For more information, visit the program website