A team of international students from Conestoga raised more than $1,000 to support the Nepal relief effort in a recent three-day fundraising drive held at the college's Doon campus.

Reports estimate that more than 8,600 people were killed and tens of thousands left injured in Nepal following a 7.8 magnitude earthquake on April 25 and a major tremor on May 12.

Students involved in the fundraising effort delivered the donation to the Cambridge office of the Canadian Red Cross in person on May 22 to ensure it would provide the most possible benefit to those suffering in Nepal. Donations made to registered charities in support of the relief effort between April 25 and May 25 were matched by the Canadian government.

“I saw the death toll increase day by day,” explained student organizer Gurpal Bhatia when asked why he was motivated to help raise funds. “I followed the story on social media and knew that we could still help the people who were alive. I knew that survivors would need houses and schools. Everyone around the world began to help and I thought that we should too.” 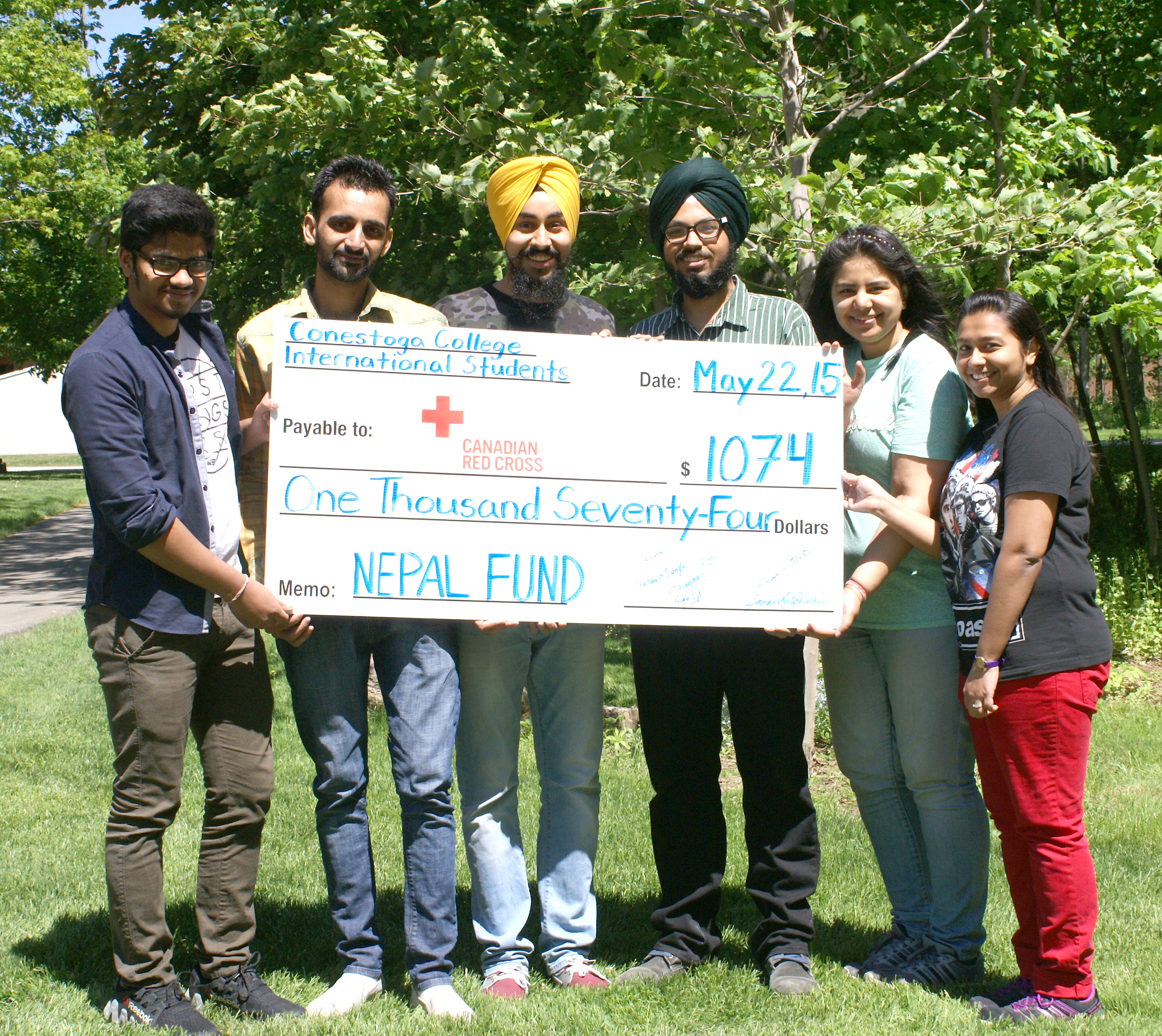 Bhatia and fellow student Jasneet Narula brought together a group of other international students to distribute posters and staff the donation table throughout the three days of fundraising. “We are happy with the response from students,” said Bhatia. “Many don’t have jobs, but they still donated, even if it was just their spare change.”

International Student Activities Coordinator Samantha Lichtenheldt was impressed both by the students' efforts, and by the results of the fundraising drive.

“The students did all the work for this fundraiser and their interest in helping the relief effort demonstrates their globalization,” said Lichtenheldt. “It also showed us how diverse the student body is. Among the donations we found Japanese yen, Indian rupees, U.S. dollars, British pounds, euros and Saudi riyal.”