Alex Rios and his family had been living in fear in Colombia after his father and brother had been killed by the Revolutionary Armed Forces of Colombia (FARC). In 2010, Alex, his wife, and two sons boarded a plane bound for Canada, with only $126 in their pockets and the hope of starting a new life together.

They spent the first few months in Canada struggling to find their footing, living in shelters in Kitchener and Cambridge. It was not an easy start as they were adapting to a new country, new language, new food and trying to find a place to settle.  After several months, they were able to find a townhouse co-op in Cambridge and the family was relieved to have a place to call their own.  "I think when you don't have a place to live, you feel like you don't belong anywhere," explains Jenny Cordova, Alex's wife.

Since then, they have been working extremely hard to build their skills and become productive members of the community.  Alex himself has been able to finish grade 12 certification and is now enrolled in Conestoga's Pre-Service Firefighting Program, which he is thrilled to be involved in.  But it couldn't have happened without the support of the Tyler Todd Memorial Award, an entrance scholarship established in memory of Private Todd, a 26- year old Canadian soldier killed in April 2010 during a mission in Afghanistan.

"I feel extremely thankful and blessed to be able to receive the Tyler Todd Memorial Award," Alex shares.  "Because of the generosity of people like the family of Tyler Todd, we are able to attend school and make our dreams come true."

Alex is registered in the Pre-Service Firefighter program and his wife, Jenny, is also a student at Conestoga. They feel blessed to have the opportunity to garner an education but have had their struggles along the way. "The language can be tough but we will keep working hard to achieve our goals. This award meant I could get the things I needed to finish the semester, things like having to purchase an e-book to help me with a potential learning disability, or manage transportation to get me and my wife to and from school."

Alex's goal is to become a firefighter and serve his new community. "I want to give back more than I've received. I've been so grateful to the Canadian citizens I've met these four years here."  Alex continues to volunteer at the Cambridge shelter, Cambridge Hospital and Calvary Church, knowing that by giving back, he can now help others. 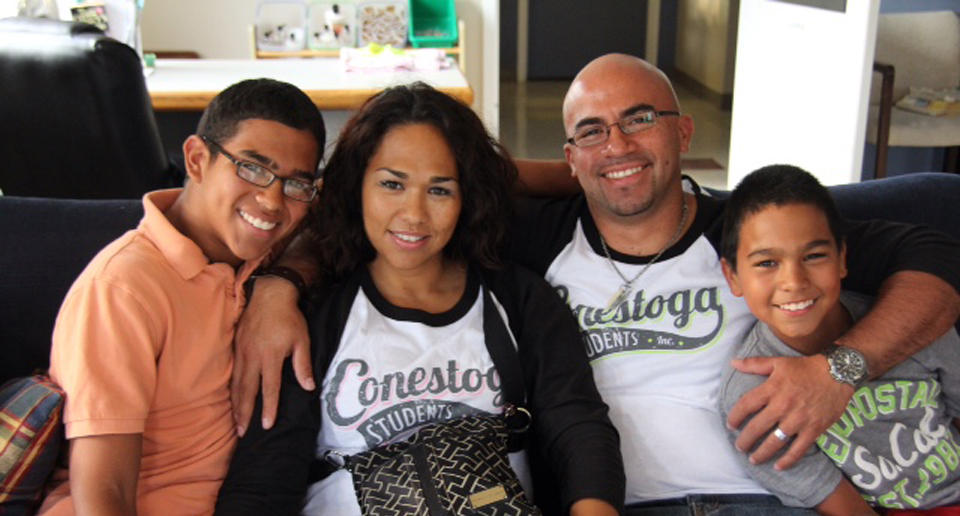