Capturing the moment in style

Visitors to Kitchener’s Empire Theatre this week had the rare opportunity to step back in time, thanks to a special exhibit created by students in Conestoga’s Visual Merchandising Arts program in conjunction with the Fashion History Museum.
Street Style, an exhibit created using period costumes and mannequins from the 1960s, was unveiled on Tuesday, October 22, opening night for the 2013 Grand River Film Festival (GRFF). 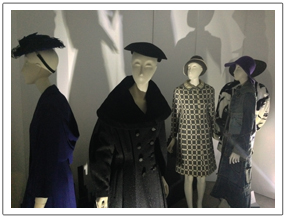 The exhibit is a tribute to the work of photographer Bill Cunningham, who chronicled fashion on the streets of New York, capturing images of everyday people, socialites and fashion personalities, often from the seat of his Schwinn bicycle. Cunningham’s work and life formed the material for the 2010 documentary Bill Cunningham New York, chosen by organizers as one of the feature films for this year’s festival. 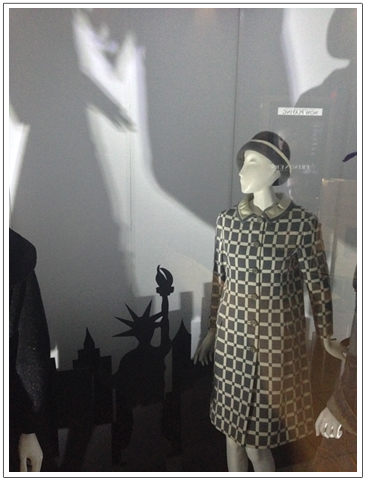 In the exhibit, mannequins appear against a backdrop of the New York City skyline, dressed in period costumes provided by the Fashion History Museum. The museum’s collection includes more than 8,000 garments and accessories dating from the 1660s to the present.

Visitors to the exhibit space peer through camera lenses imposed on collages of Cunningham’s work as they replicate the experience of capturing images of fashion on the streets of New York.

Conestoga’s Visual Merchandising Arts diploma program provides students with the opportunity to develop design skills and knowledge associated with concepts and theory in fashion and visual display across all areas of merchandising.

The program’s annual aWEARness show, a runway performance featuring student-created wearable art, attracts hundreds of visitors from across the community and provides a showcase for students’ creative talents.