When Rob Hanna graduated from Guelph Collegiate Vocational Institute in 2005, he didn't have a specific career goal in mind. So instead of plunging into two or more years of post-secondary schooling, he began applying for jobs.
Over the next seven years, Hanna would try his hand at everything from customer service to quality assurance to retail, but nothing gripped him.

“I just started working and trying out different opportunities as they presented themselves,” said the 25-year-old. “But I didn't find anything I wanted to stay with long-term.”

Every year, the province of Ontario provides funding for various certificate programs based on labour market research; in an attempt to create jobs and meet the demand for qualified tradespersons in certain sectors, the government offers the training for free.

While Hanna had never considered a career as a machinist prior to hearing about Conestoga's pre-apprenticeship program, he says the opportunity of a free education was too appealing to pass up.

“I had literally no experience with machining beforehand,” he said. “After giving it some thought, I decided I didn't have anything to lose by trying the course out.”

Within a month of completing the program, he landed a position as a machine operator with Linamar in Guelph. In addition to offering Hanna competitive wages and full-time hours, the mammoth auto parts manufacturer will also pay for his apprenticeship training in 2013.

And with a new calendar year, comes a new opportunity for aspiring apprentices. 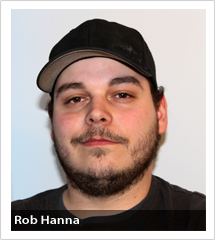 In addition to the General Machinist program, which will begin April 1 and run for 38 weeks, Conestoga is also offering the Commercial Vehicle & Equipment Technician program, which will start March 25 and go for 31 weeks. Each will include an eight-week paid work placement.

Kristen Goetz, liaison officer of Conestoga's School of Trades & Apprenticeship, said the purpose of the programs is to assist individuals who would like to work in the trades but have had a difficult time getting their foot in the door.

“We're looking for people who want to get into these trades but have struggled,” she said. “Finding an apprenticeship is not the easiest thing in the world, especially if you don't have any experience or you don’t know anybody in the industry.”

Goetz says applicants vary in age, education level and work experience. The only requirement, she says, is a will to succeed.

“They should have passion, enthusiasm and commitment.”

Hanna, who possesses all three, was pleasantly surprised by how extensive the training was.

“I had possibly the least experience in the field of anyone in the class, but within a few months I felt confident using the machines,” he said. “It was incredibly satisfying to learn something so foreign to me in such a short time.”

According to Goetz, the programs, which are limited to 24 students each, are fairly competitive. Last year there were about 50 applicants for each program, and she expects even more in 2013.

The final information sessions for both courses will be held February 7 at the Guelph Campus, where visitors will be able to see the actual training facilities, and February 11 at the Doon Campus in Kitchener.

Following the information sessions, individuals interested in the programs will participate in an assessment covering math, mechanical aptitude and communication skills. Selected applicants will be invited for follow-up interviews, from which the final candidates will be chosen.

“We try to weigh everything,” said Goetz of the application process. “We hope to pick the students that will be most successful.”

According to Goetz, 75 per cent of last year's general machinist students and 84 per cent of the vehicle and equipment technician students are now working in their respective industries - a rate she attributes to the college's strong relationships with local employers.

As for Hanna, who is less than a year removed from his initial information session, he believes that applying for the pre-apprenticeship program is one of the best decisions he's ever made.

“I'm blown away by the type of opportunities it's presented,” he said. “I hope more people out there take advantage of what's being offered.”