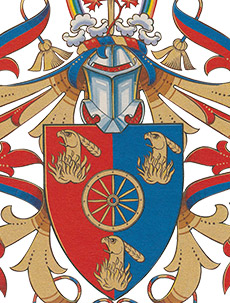 Conestoga employeees, retirees and alumni have made history with their record donation of $894,921 to support students and expansion projects at the college.

The goal for the Family Campaign was to raise $800,000 towards Conestoga's overall fundraising goal of $36 million.

Conestoga president John Tibbits pointed out that no other college community in Canada has made such a significant contribution, and that Conestoga's continued success is the direct result of the commitment and support of the college's extended family.

The campaign has united hundreds of volunteers and donors in its efforts to raise funds for Conestoga's expansion projects, student awards and other resources. Donors can contribute in a variety of ways, including one-time gifts and payroll deductions. Supporters are given the opportunity to direct their donations to certain areas, such as a specific project or student award.

Stephanie Bartlett, support staff chair for the campaign, said that committee members were very pleased they had surpassed their goal.

"Over 100 employees worked long and hard to get the message out and encourage support," said Bartlett. "It's wonderful to have that kind of support from the college community."