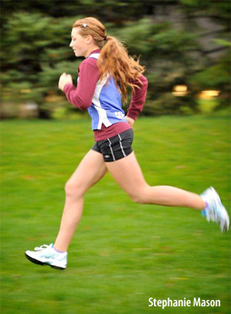 Stephanie Mason will be the lone representative from Conestoga at this week’s National Championships at Thompson Rivers University in Kamloops, British Columbia. Stephanie had a very strong season this year, competing in three invitational meets and finishing as high as fourth. Stephanie did very well at the OCAA Cross Country Running Championships in Kingston on October 29 with a time of 21:02:3, good for 13th overall from a field of 68 competitors.