The Men’s Extramural Hockey team won the “A” Championship of the Fall Faceoff Ice Hockey Tournament hosted by Georgian College, Orillia on Friday, November 19, 2010. The Condors opened the tournament with a 5-0 win over Canadore College, North Bay. They followed that up with a 3-0 victory over the highly ranked Sheridan-Oakville squad. Game 3 was a hard fought 4-2 victory over another highly ranked team from Durham College. The championship game was a matchup with the only other undefeated team, the Georgian-Barrie Grizzlies. The Condor’s played their best game of the tournament winning 1-0 to take the Championship and guarantee themselvesa spot in the year end Challenge Cup Tournament.

After 2 tournaments the Condors have a record of 5 wins, 1 loss and 1 overtime loss. In those 7 games this season, they’ve given up only 8 goals. 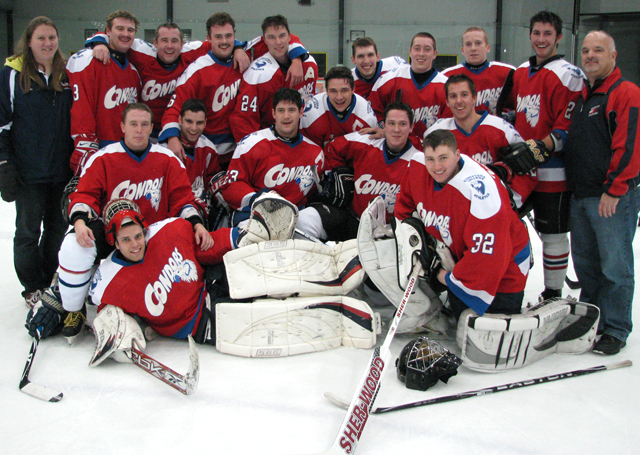