Ottawa, May 20, 2008 - How does a sure-fire 15 per cent return on investment sound? Too good to be true? Not according to a new study on the economic impact of colleges, institutes and polytechnics released today by the Association of Canadian Community Colleges (ACCC). 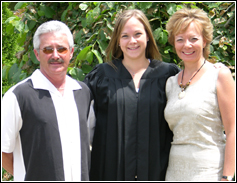 The study, by U.S. based economic forecasting firm EMSI, found that college, institute and polytechnic students earn a 15.1 per cent annual return on their investment of time and money.

But the study also makes it plain that investing in college education makes good economic sense for governments, and by extension taxpayers, thanks to a rate of return of 15.9 percent on every taxpayer dollar spent.

"This report clearly demonstrates that Canada's colleges, institutes, and polytechnics play a vital role in keeping Canada prosperous and competitive, as well as benefiting students and their communities," said James Knight, President of the Association of Canadian Community Colleges. "They more than repay the investment taxpayers and their governments have made."

Some key findings include: 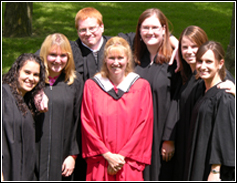 Canada's current workforce is enhanced by approximately 512.6 million hours of past and present college, institute, and polytechnic training.

Canada also benefits from improved health and reduced welfare, unemployment, and crime, saving the public some $215.1 million per year. However, Knight cautioned that this essential economic contribution is jeopardized by governments' current under-investment in colleges, institutes, and polytechnics.

"For these institutions to continue making their substantial contributions to Canada, governments must invest in their recapitalization. This includes much needed investments in facilities, modern equipment as well as faculty development, recruitment and retention," said Knight. "Only then can they take the lead in ending Canada's skills shortage and help build the sustainable knowledge economy Canada needs."